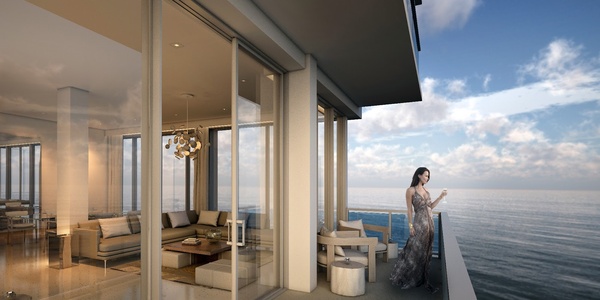 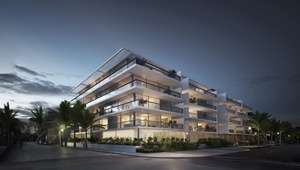 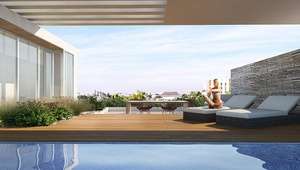 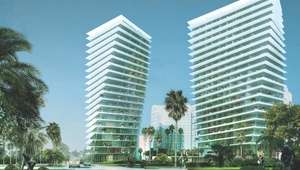 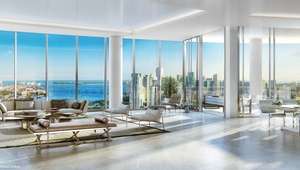 Miami's residential condominium projects are in different construction phases, including preconstruction, new construction and completed new construction. Depending on the project's development status, a buyer will either enter into a reservation agreement or go directly to contract. If the project recently finished construction, then resales will be available. This "Miami Preconstruction Condo Buyers' Guide" focuses on the prime areas of: Downtown, South of Fifth, Miami Beach, Edgewater,  Midtown, Sunny Isles and Coconut Grove.

BRICKELL NEIGHBORHOOD is runs from the southern end of Downtown Miami (along Brickell Avenue) all the way to the easternmost edge (along Biscayne Bay). Brickell is a well-established neighborhood. Luxury condo residences, many of which were built in the 80s, 90s and early 2000s, form a chain along Biscayne Bay. The newest residential developments, such as Echo Brickell & Brickell House, are going up on the northern end of the neighborhood (where the Financial District begins). Condo prices range from $300,000 to $5 million.

MARY BRICKELL VILLAGE DISTRICT, which is located on South Miami Avenue (just west of Brickell Avenue), boasts the highest concentration of new developments. New residential condo projects now line both sides of the street in this thriving shopping distination. Here you will find projects such as SLS Hotel & Residences, 1100 Millicento, The Bond, SLS LUX, Nine at Mary Brickell, Brickell Heights, Rise & Reach at Brickell City Centre and Flatiron - with more to come. Pre-construction prices range from $500 to $1200 per square foot.

MIAMI RIVER DISTRICT  borders the north and south shores of the Miami River, which snakes through the middle of Downtown Miami. New riverside projects that are now in the planning stages will help transform this historic area into a flourishing River Walk community. Projects - such as the luxury condo residences of The Edge, Miami River and One Brickell - will connect the River Walk creating an uninterrupted path along the riverbanks.

DOWNTOWN CENTRAL (Flagler Street) runs along the east-west artery of downtown Miami. Along Miami's main street (Flagler Street), you will find Miami's historic courthouse, its historical Musuem (HistoryMiami - Archive & Reserach Center) as well as Miami Dade Public Library's main branch. This district will soon benefit from major infrastructure upgrades, including new sidewalks, storefronts, streets and landscaping. New retail shops, galleries and restaurants are opening to cater to the millennials, who are relocating here at a rapid pace. New developments are also savvy to the neighborhood’s younger clientele.  For example, Centro Lofts, one of the new projects to join the neighborhood, set an affordable price point. Downtown Central is located next to the Education District, and it has easy access to mass transit.

BISCAYNE WALL DISTRICT lines Biscayne Boulevard on the northeast end of Downtown. The latest project under development is the famed One Thousand Museum Park, one of Downtown Miami's most luxurious buildings designed by star architect, Zaha Hadid. The project costs about $1,200 per square foot, and it offers only large, estate-home apartments. Biscayne Wall is located across from the American Airlines Stadium (home to the Miami Heat), Museum Park, The Patricia and Phillip Frost Science Museum (which will be completed in 2015) and the Herzog and de Meuron-designed Perez Art Museum Miami (PAMM). This neighborhood is also adjacent to the planned Miami World Center project, and it's walking distance to the Adrienne Arsht Center for the Performing Arts.

PARK WEST is ground zero for one of Miami’s largest mixed-use real estate projects, Miami World Center. This project will consist of a large mall anchored by Macy's and Bloomingdales. It will also have open retail areas, hotels, a convention center and luxury residential towers. Paramount Residences of Miami World Center is the first condo project to enter preconstruction sales. Another major project in Park West is the All Aboard Central Train Station, which will transform Miami into a real gateway city. All Aboard will connect Miami, Fort Lauderdale, Palm Beach and Orlando with a fast, modern passenger train. Park West is located on the northern end of Downtown. It's only minutes to Miami Beach, Midtown, Design District, Wynwood and Miami International Airport.

SOFI/SOUTH OF FIFTH rests at the very southern tip of South Beach and extends up to 5th Street. This small, pedestrian neighborhood, surrounded by water on three sides, is home to some of the most luxurious condominiums in Miami Beach. New projects include ultra-luxury developments, such as Marea, One Ocean, 321 Ocean and Glass 120 Ocean. Less than a handful of new boutique residential projects (with slightly more affordable price points) are under construction in the interior neighborhood. The city’s top restaurants, including Joe's, Milos, Red, Monty's, Cavalli and Prime 112 have also made their homes here. Sofi’s South Pointe Park and South Pointe Yacht basin are world-class destinations in and of themselves.

EAST EDGEWATER is a bayfront community located on the mainland just east of US1. The neighborhood begins around 16th Street to the south, and it runs north to 36th Street. This area is one of the hottest locations for new developments, mostly luxury high-rise condos, which include Icon Bay, Paraiso Bayview, Paraiso Bay, One Paraiso, Biscayne Beach, Bay House, Ion and Aria on the Bay. A few new boutique mid-rise projects, with more affordable price points, have also started sales. East Edgewater is an fun, urban, bayside, mixed-use community that combines residences, retail shops, parks and new mass transit (coming soon) along beautiful Biscayne Bay.

MIDTOWN URBAN DISTRICT is an urban village that connects the Art District of Wynwood (West), the Design District (North), East Edgewater (East) and Park West (South). Unlike the neighboring districts, Midtown is a planned, urban community that features mixed-use buildings with retail stores at street level, office and/or live/work spaces on the second and third floors and residences on the upper floors. Midtown 2, Midtown 4 and Midrise are the primary residential buildings. New construction is starting on Hyde Midtown and Midtown 5. Hyde Midtown will offer condos and hotel suites for purchase. Midtown 5 will be a mixed-use building with 400 rental apartments.

DESIGN DISTRICT is currently undergoing a billion-dollar makeover. When complete, this neighborhood will be home to many ultra-luxury retail shops, 45 restaurants, a boutique hotel and new condo residences. Sweetbird South Residences will become its newest boutique condo tower. The 76 preconstruction condos will overlook Biscayne Bay and the historic Buena Vista neighborhood. The Baltus House is another condo tower that boarders the area neighborhood. The Design District is Miami's answer to Rodeo Drive in Beverly Hills.

WYNWOOD Art District is a creative, start-up community situated in a slowly-evolving, art-graffiti-covered, warehouse district. Although Wynwood is a bit gritty and rough around the edges, it’s taking off: the neighborhood is slated to become one of the coolest art districts in the country. Home to innovative start-ups, tech companies, art and fashion boutiques as well as art galleries, artist studios and restaurants, Wynwood finally has new residential lofts. 250 Wywnood is the neighborhood’s latest project.

SUNNY ISLES is known for its super modern high-rise condos located directly on the Atlantic Ocean.  Developers continue to build some of the most breathtaking estate homes in the sky. Some of the latest projects include Jade Signature, Porsche Design Tower, The Mansions at Acqualina, Chateau Beach Condo Tower, Turnberry Ocean Club and Residence by Armani/Casa. If you’re looking for spectacular oceanfront luxury estates, this is where you should start your search.

COCONUT GROVE is a small waterfront town with a large marina located on the shore of Biscayne Bay. The Grove, as the locals call it, is a boating community with a relaxed vibe, which many locals prefer over the bustle of Downtown. The town village is home to many great restaurants and retail shops. The two latest residential condos projects are Grove at Grand Bay Condo Towers and Park Grove Towers. Both preconstruction condo projects are priced for the ultra-luxury market, and both host amazing amenities and stunning views of Biscayne Bay.

Why Use Our Team for Your Preonstruction Condo Purchase?