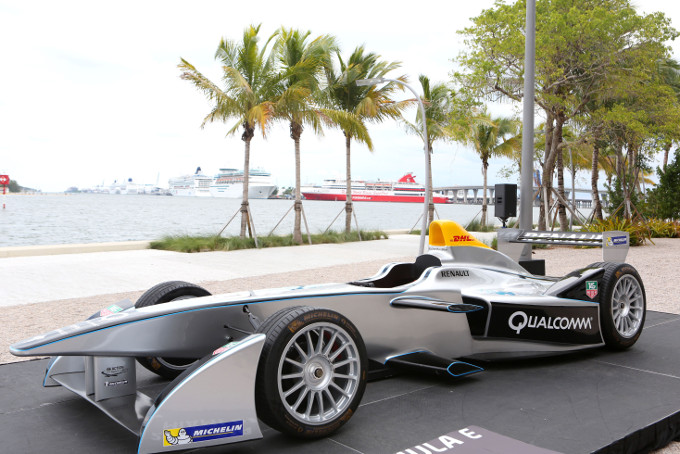 BACK TO THE FUTURE FORMULA E ON THE STREETS OF MIAMI
In March of 2015, Formula E Cars will speed up and down Biscayne Boulevard,
the corners by the by the American Airlines Arena and zoom beneath the MacArthur
. And the'll do it without using one gallon of gasoline.

MIAMI WORLD CENTER 'S SIGNATURE TOWER IS COMING
Paramount Residences at Miami World Center is ready to be announced.
Be the first to know! Paramount will be located next to the soon-to-be-developed
Miami Central Station.The billion-dollar Miami World Center will be a game changer
the Miami's Northern Downtown District.

ONE THOUSAND MUSEUM IS GETTING READY TO  START CONSTRUCTION
The site is being cleared and prepped for construction for December. Designed by Zaha Hadid,
One Thousand Museum will offer Downtown Miami's first ultra-luxury condos. Residences start at
4,600 to 9,900 square feet with east-to-west flow-through floor plans. With star architect, incredible amenities and prime location-the Biscayne Wall District(next to the Miami World Center) and across the street from Museum Park - this month two units sold for over $15M each.

RAPID GENTRIFICATION OF THE MIMO/BISCAYNE BOULEVARD HISTORIC DISTICT
A new wave of redevelopment is enveloping 27 blocks of Biscayne Boulevard between Northeast 50th and 77th streets.The historic district, a stretch more recently known for blighted motels rented rooms by the hour, is full of new life.Thankfully, the tides have turned making the Upper East side community a hot bed for new business openings.

MIAMI EXPERIENCED A HUGE SWELL IN SUMMER TOURISM
Summer is often called the “slow season” for Miami tourism, but double-digit gains in tourist-related tax collections paint a different picture: a dramatic turnaround. The increase in tourists meant hotels hired more than fired employees this past summer.